Mexico, in general, has always been put under the bad light for as long as I can remember, and I’m sure a lot of our parents can say the same. The media in the US only highlights its bad reputation to those who don’t know about Mexico’s beautiful culture, people and places. Discrimination towards the Mexican country & people isn’t anything new, so I write this post to encourage others to simply see its unique places for themselves before judging.

Although the border city Tijuana has had one of the worst reputations due to its past affiliations, I believe it is the creative youth that can change everything. While spending time in the Playas de Tijuana you can’t help but see the border wall that reaches into the Pacific Ocean. (You can see all the love & innocence written & painted all over the Mexican side of the border.)

After exploring Tijuana for a couple months, I can really see how the people (especially the youth) are changing the future of their city. Here are some places that are changing the look and vibe of Tijuana, Mexico:

Mamut is one of the many breweries in Tijuana. This unique brewery gets pretty fun on the weekends with live music and an outside balcony with a view of the city. Almost hidden on Avenida Revolucion, Mamut turns into a surprisingly huge loft (once you climb the mysterious staircase). Mamut has a very traditional feel with great beer and wood-fired pizza! (Try the house fries, they are delicious!)

Filled with a large variety of food trucks, Gastro Park includes an onsite brewery, coffee shop, and wine bar. This indoor and outdoor space has so much to offer from vegan tacos to sushi and micheladas! All the food is high end and great quality like it should be — plus the Mexican ambiance is worth appreciating.

Right on the heart of Tijuana’s main street (Avenida Revolucion) you can find hidden alleyways filled with mini roasteries, coffee shops, art galleries, art murals, local product shops, bookstores, vintage shops, breweries and a lot more ! With Tijuana’s new millennial generations coming up, these spots are expanding but the only problem is you gotta know where to find them. Also, people have to be willing to explore these Pasajes(passageways) in order for them to thrive. *Similar – Pasaje Rodriguez, Collectivo 9, & Plaza Fiesta

Just five minutes away from the border is the Tijuana Cultural Center(CECUT). Known as one of the most important centers for culture in Mexico, it offers plenty of indoor and outdoor exhibits like a botanical garden and an aquarium. Opened in 1982, it became the home of Tijuanas biggest Imax cinema. A lot of the locals refer to it as La Bola meaning “the ball” because of how it looks from the outside. La Bola shows numerous movies and incredible documentaries! My favorite part about visiting was watching a beautiful documentary about Cuba, its people and their coral crisis. I’ll insert the video if you are interested.

Tijuana has been remaking itself into a more modern and hip destination for tourists and even locals! The city has recently been thriving in food and culture that is trendy, yet experimentive enough for Americans to distinguish. Honestly, I don’t see how anyone can neglect this city; it has so much potential. Lately, it’s been my little getaway, only a couple hours away and I can do so much with so little $$! Plus the weather is just like San Diego’s, almost always sunny! I Hope this encourages everyone to have an open mind about Tijuana & take a trip there too. 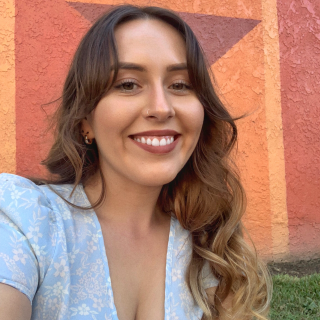 Read More On The Blog:

My Trip in oaxaca City